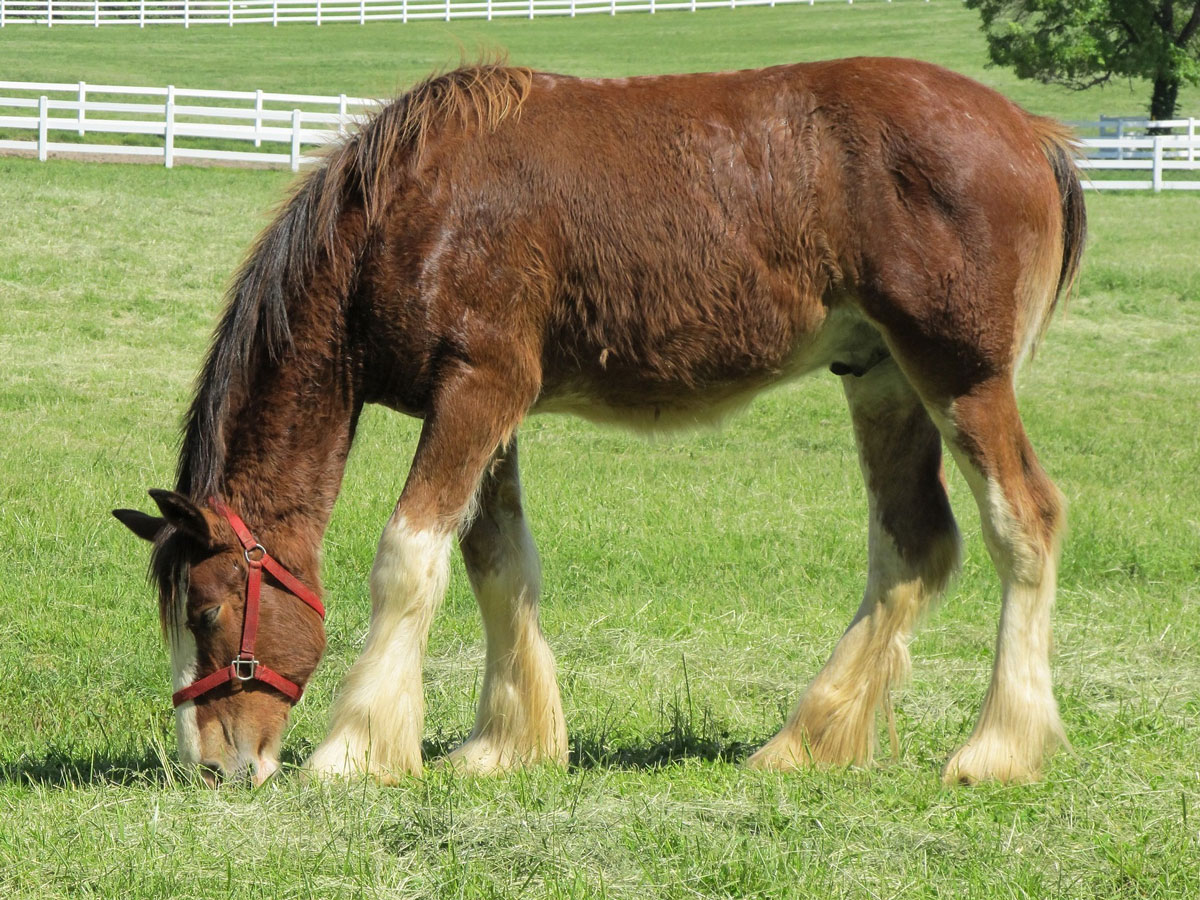 Clydesdales are draft horses that are often very tall, averaging between 16-18 hands and sometimes taller than that and weighing about a ton. In modern times, the breed has gotten a lot of its fame for being used in teams at parades to pull carriages and also in commercials as the Budweiser horses. In the past, they were often used to plow fields for agriculture or to haul goods long distances. Clydesdales are often bay in color and have white markings or socks on their feet and often a blaze on their nose.

Elsbeth is a beautiful 16 year old Clydesdale. Broke to ride and drive. Needs a refresher on driving, but was harnessed recently to test (picture is…

Atlas is a 3 year old gelding, foaled on 1/6/19. He has a wonderful disposition and is eager to please his owner. He loves to be around people and is easy…

This is a SUPER NICE GENTLE REGISTERED 2 YEAR OLD PUREBRED CLYDESDALE GELDING that is started nicely riding. He is 16.1 hands tall. He is very easy to…

17.1h non-fading black with a lot of hair and feather. Registered as well. Stud fee includes $200 booking fee due by April of 2022, does not include mare…

This is a BIG 18 HAND PUREBRED CLYDESDALE GELDING that is very broke and safe. He is broke to ride and drive. He has been used on movie sets and most…

Why hire a babysitter when you could have “Creed” the unicorn in your barn?? AVAILABLE VIA ONLINE AUCTION @ visit our website horsebiddotcom …

One of a Kind: Palomino Appaloosa - Available @ Equineauction. Com