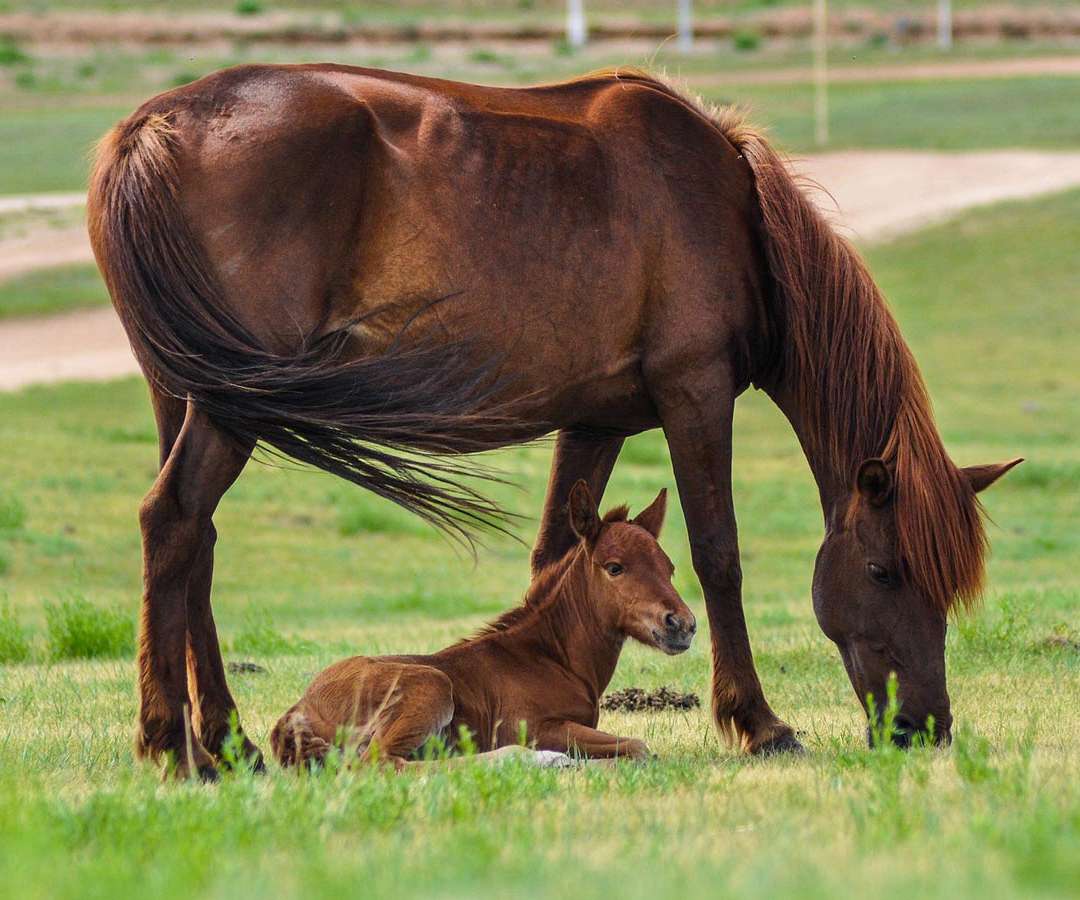 What are Baby Horses Called?

Baby horses are called foals when they are born are usually are able to stand up and walk within a few hours. Female horses are called fillies until the age of 3 and male horses are called colts. For the first six months or so, a foal will hang out in the pasture next to its mother, nursing and during this period horses aren’t offered for sale without their dam (or mother) and are sometimes called sucklings. After a horse is weaned from its dam, it may be called a weanling up to the age of 1 year. After that, horses between the ages of 1 and 2 are called yearlings.

Such a little cutie pie!! Meet our "Morning Glory! Who is looking for a well-bred pony with good old fashioned Quarter horse bloodlines? This is where…

2 Baby Donkeys Ready to be weaned. Must go together

Sold~Take A look at this Black BEAUTY!! AND HE CARRIES LP...This handsome guy brings you the best of BOTH worlds, STRONG FOUNDATION LINES on the top…

Falabella Appy With a Wonderful Personality

Little Spirit has just the best personality. Loves people and is very curious. He will make a wonderful pet, show horse and/or breeder. Approximate…

"Duncan" is a gorgeous, deep colored dun with strong dorsal and zebra striping. This colt is athletic and fit. Stong color in his pedigree. Dam is dun…

We currently don't offer any Horses by State.