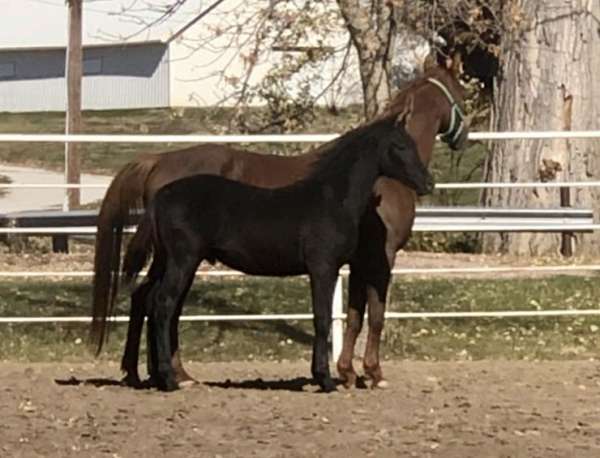 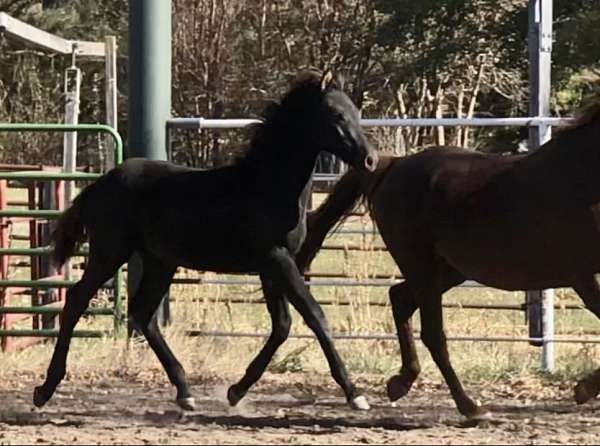 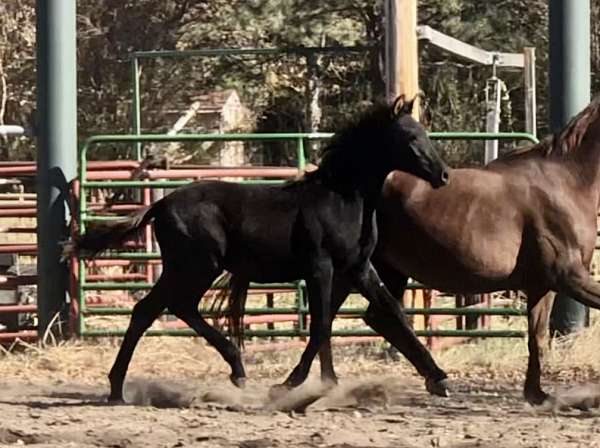 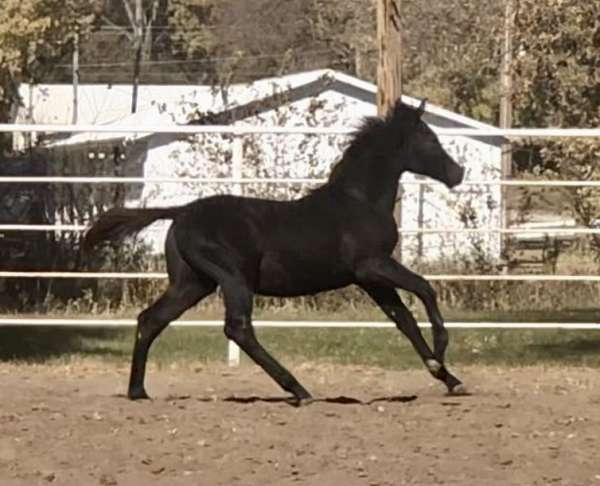 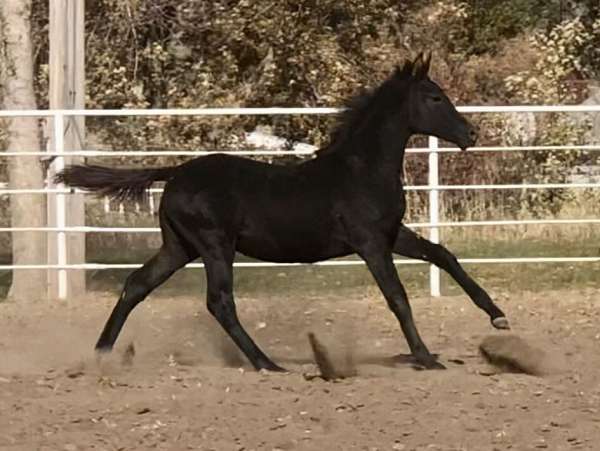 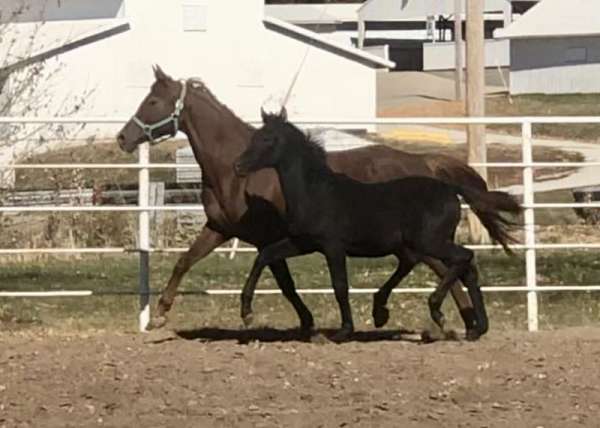 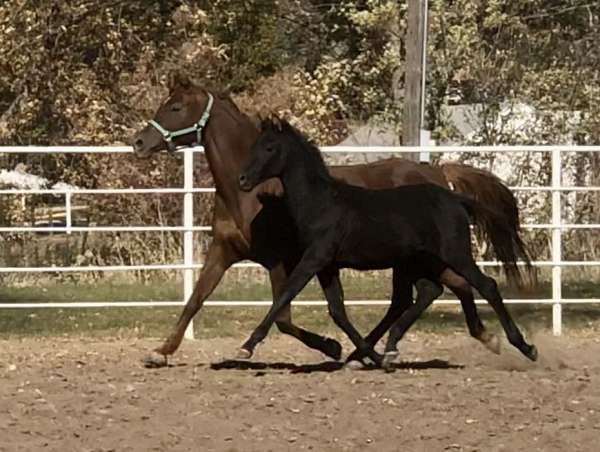 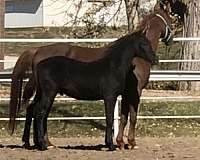 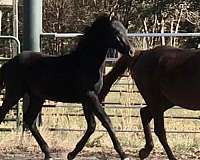 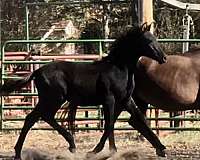 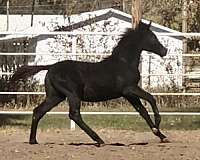 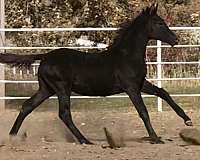 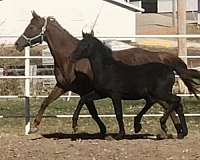 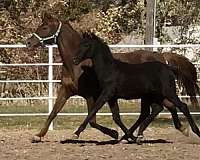 Riley is sired by the 2015 & 2016 USEF sire of the year for Dressage Breeding - SHAKESPEARE RSF. Shakespeare RSF was named Champion of his 70-Day Stallion Performance Test where he achieved Class I status with a score of 130.53 points overall (this score reflects a 5% deduction for being over four years old). Shakespeare's sire, Sandro Hit, was the 1999 World Young Horse Champion, and the 1999 Federal Champion, trained up to Grand Prix in dressage.... (read more) Shakespeare's dam, Elite Mare, Acapella, produced two Champions at Dressage at Devon. Acapella decends from the line of Argentan, who was one of the most important founding sires of the modern Hannoverian. In 1994 Argentan was crowned Hannoverian Stallion of the Year, as a result of his extraordinary success as a sire. Acapella's, grand dam is full sister to the premium Hanoverian stallion, Sherlock Holmes.

Riley's dam is the 2014 Trakehner mare, Moonlight Tempi, a granddaughter of the Buetow *E* son, Mahagoni grandson, Tigre. Bütow *E* has 4 approved sons, several Exceptional daughters, and a host of versatile riding horses all over, competing successfully, loved by their owners and trainers. Thru Buetow *E*, Tigre descends from the Pasteur xx/Mahogani line, the same line that produced Olympic bronze medalist Peron TSF, as well as international dressage horses Chronos and Marlon. Tigre's dam, the elite mare Taurose, decends from the line of Flaneur. Flaneur was Reserve Champion of the 1967 Körung at Neumünster. His impact on the Trakehner breed is great, having sired 15 graded stallions in Germany (the most important generally considered to be Arogno) and 106 Stud Book daughters, including the States Premium Mare Maharani II (dam of Elite Stallion Mackensen and full brothers Mahagoni and Marlon) and Elite Mares Kanconette and Karawane II. His descendants are sought after for competition, and his son Troubadour was Christine Stückelberger's reserve mount for the Seoul Olympics.

Riley is an upright, brilliant moving, correctly built youngster who was thoughtfully bred with the upper levels of dressage in mind. His pedigree is filled from top to bottom with the best foundation of FEI dressage lines, as well as Elite producing sires and dams. Riley himself shows this natural ability to move from the hindquarters with natural impulsion. This colt is graceful and talented, with an inquisitive mind, and he will not disappoint!

Price Includes Gelding. Contract Will Include Care And Training Up To 6 Months Of Age When Weaned. PPE, Health And Coggins Will Be The Responsibilty Of The Buyer 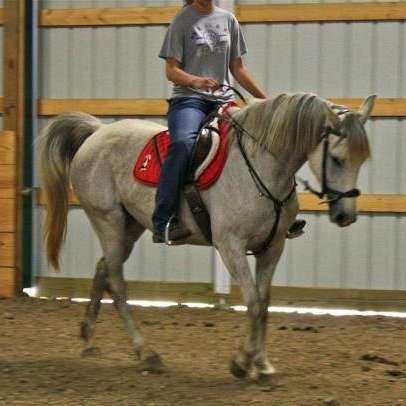