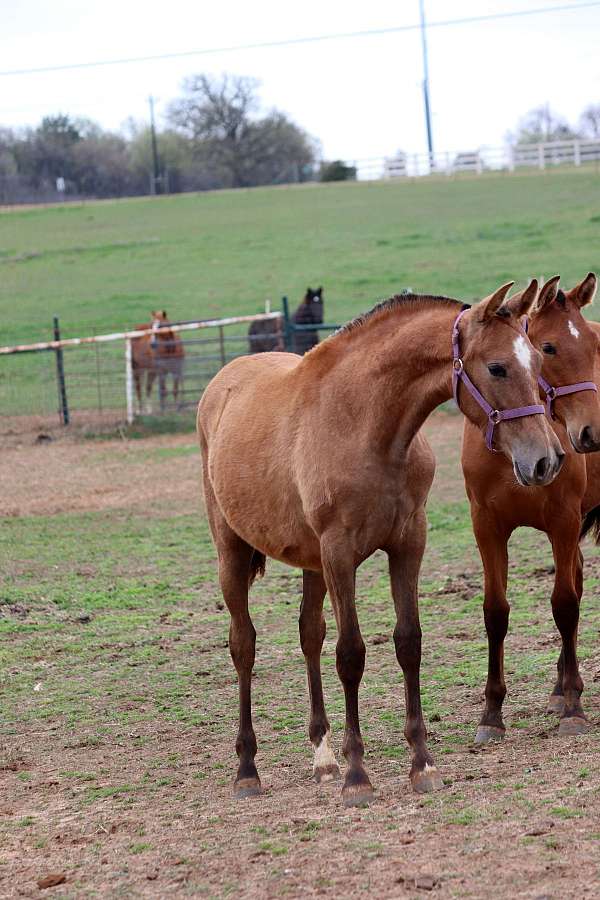 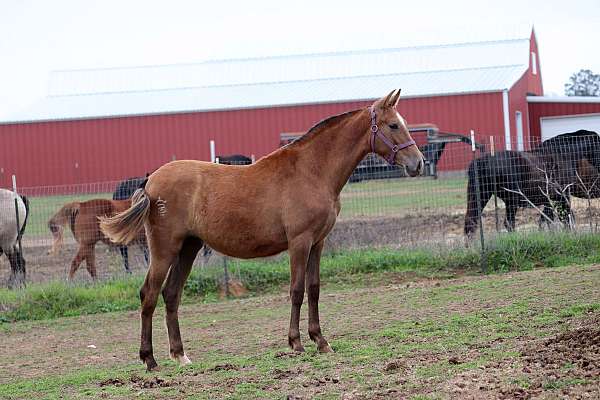 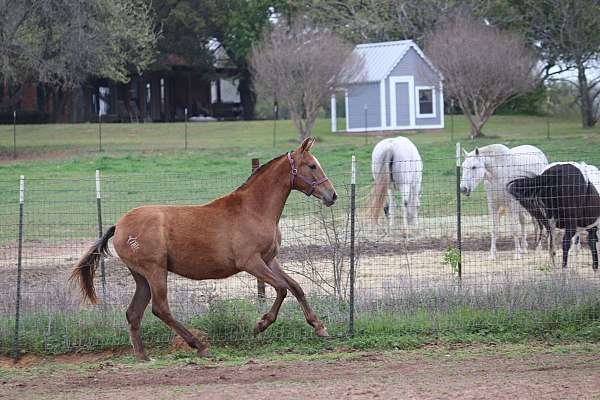 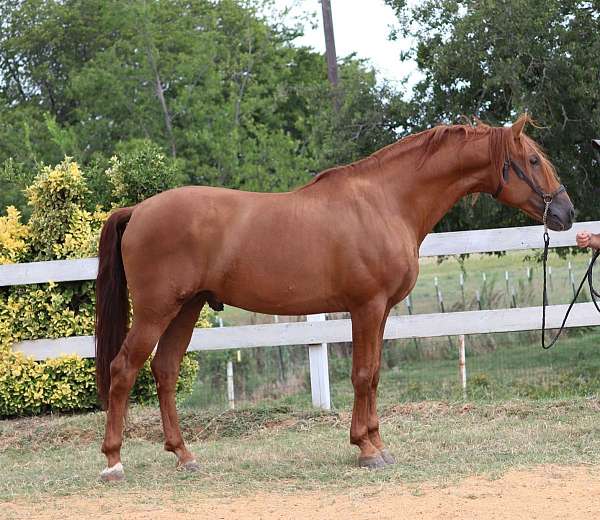 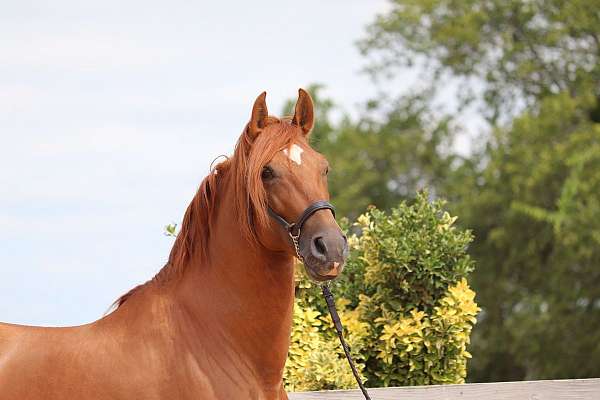 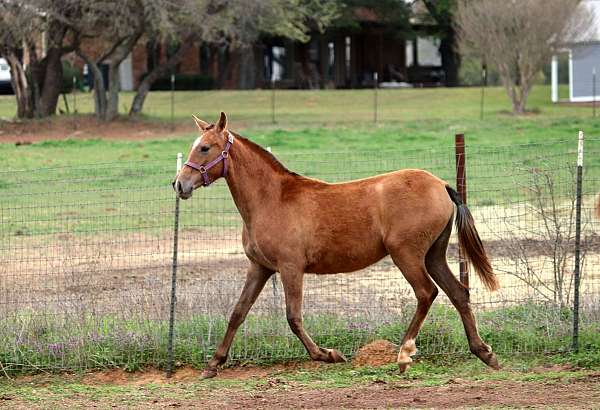 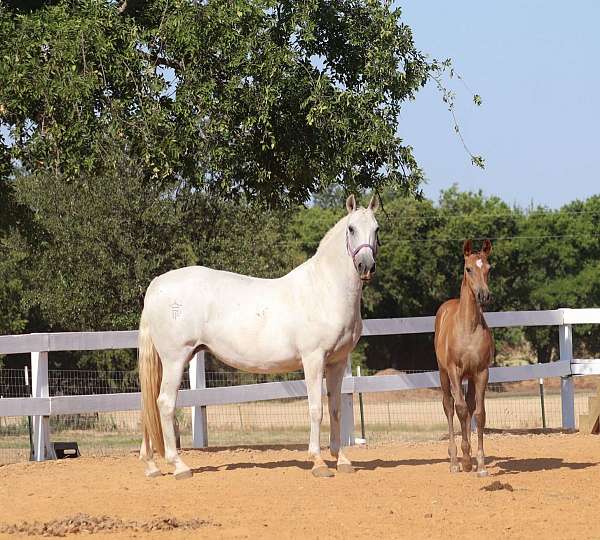 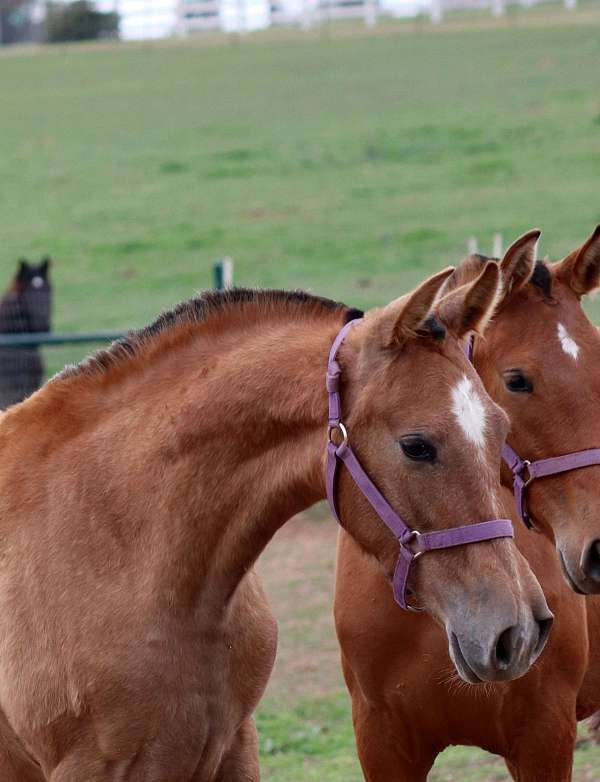 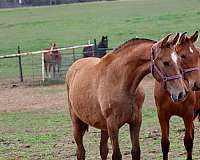 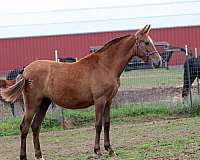 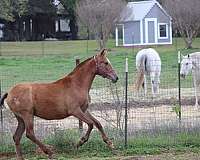 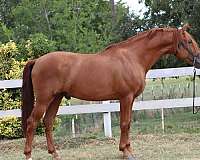 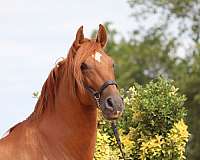 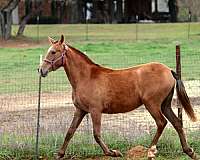 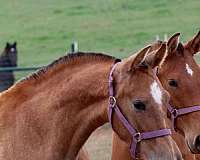 Ignacia is a beautiful Chestnut that will grey out. Her UC Davis color genetics are e/e A/A N/G. Ignacia will be a complete asset to any program, breeding, showing or wonderful dance partner! Ignacia is wonderfully put together, tons of character and very athletic! She is by the imported Chestnut stallion Rayo PER out of Trina KDW. She halters, leads, great for farrier and hops on a trailer!

Trina KDW, born June 2005, ANCCE REVISED Grey PRE mare by Heroe Mac out of Melena D. Trina is a double Leviton Bred mare. Her sire Heroe Mac is 16.1 hands imported from Spain, Heroe is Multiple Top 5 National Champion PRE Andalusian stallion. Heroe was bred by Senor Miguel Cardenas of Ecija, Spain and imported to the USA as a yearling. The Cardenas name is renown throughout the world as one of the top breeders for movement, size, and disposition. Heroe continues that tradition with strong and powerful movement as well as a kind, gentle, and willing disposition.Heroe MAC has 3 exceptional gaits with softness, reach, and suspension but certainly not lacking on power. He has a wonderful topline, head and head that he repeatedly passes on to his foals. Heroe MAC was 2009 USEF Andalusian/Lusitano Halter Horse of the Year and USDF Dressage Sporthorse In Hand 4 and over Stallions Reserve Champion. Heroe has multiple Regional Championships, including Best Movement and Senior Stallion, and was Top 5 National Champion in Best Movement and Purebred Stallions. He is also a winner in ANCCE Stallion classes. Heroe MAC foals are winning in the show arena, and also passing on there golden genes to the next generations of PRE Horses.

Her Dam Melena D was sired by Granadino XI, Leviton (byAgente) x Granadina VII (by Adentro)Granadino was a silver grey stallion born in 1978. He was revised and imported to the United States from Spain when he was six years old. He stood at Denham Ranch and was rarely offered at stud to the public.

Granadino was famous for being one of the few sons of the #1 military stallion Leviton ever exported from Spain. Granadino had three purebred daughters in Spain that were champions at the Salon Internacional de Caballo (SICAB) - the largest show for Pura Raza Espanola (PRE) horses in Spain.