Zeus is a tall colt with correct conformation and very expressive gaits. He is out of our broodmare Jane of Black Fire Friesians and the imported Ster Stallion, Keimpe. Zeus is ready to wean and will go through our foal training program prior to leaving the ranch.
​
Jane's Sire, Goffert 369, was one of the most successful Friesian stallions in the dressage arena. He competed at Grand Prix with Belinda Nairn-Wertman until his death in 2007.... (read more) Highlights included 1st place in the Grand Prix Freestyle at the Kentucky Horse Park with a score of 74.1% and he placed 4th in the Grand Prix Freestyle at Dressage at Devon CDI-W with a score of 69.5%. Jane's dam is the Ster mare Imkje Fan'e Klokslag her sire was Tsjerk 328 an extremely successful stallion who sired an amazing four approved sons (Maiko 373, Andries 415, Hinne 427 and Loadewyk 431).
​
Keimpe Keimpe is a ster stallion imported from the Netherlands, he rides and drives. Keimpe's sire, Dries 421, was arguably the best Friesian Breeding Stallion in the World. He had the highest index scores for his offspring of 108 for conformation and 109 for sport. His quality breeding is seen in his son, the two times World Champion approved stud stallion Uldrik 457. Dries’ sire, Jasper 366 is very well known in Friesian circles for his spectacular movement and was famously named the "Kinig of Stallions" for his amazing show ability.
​ 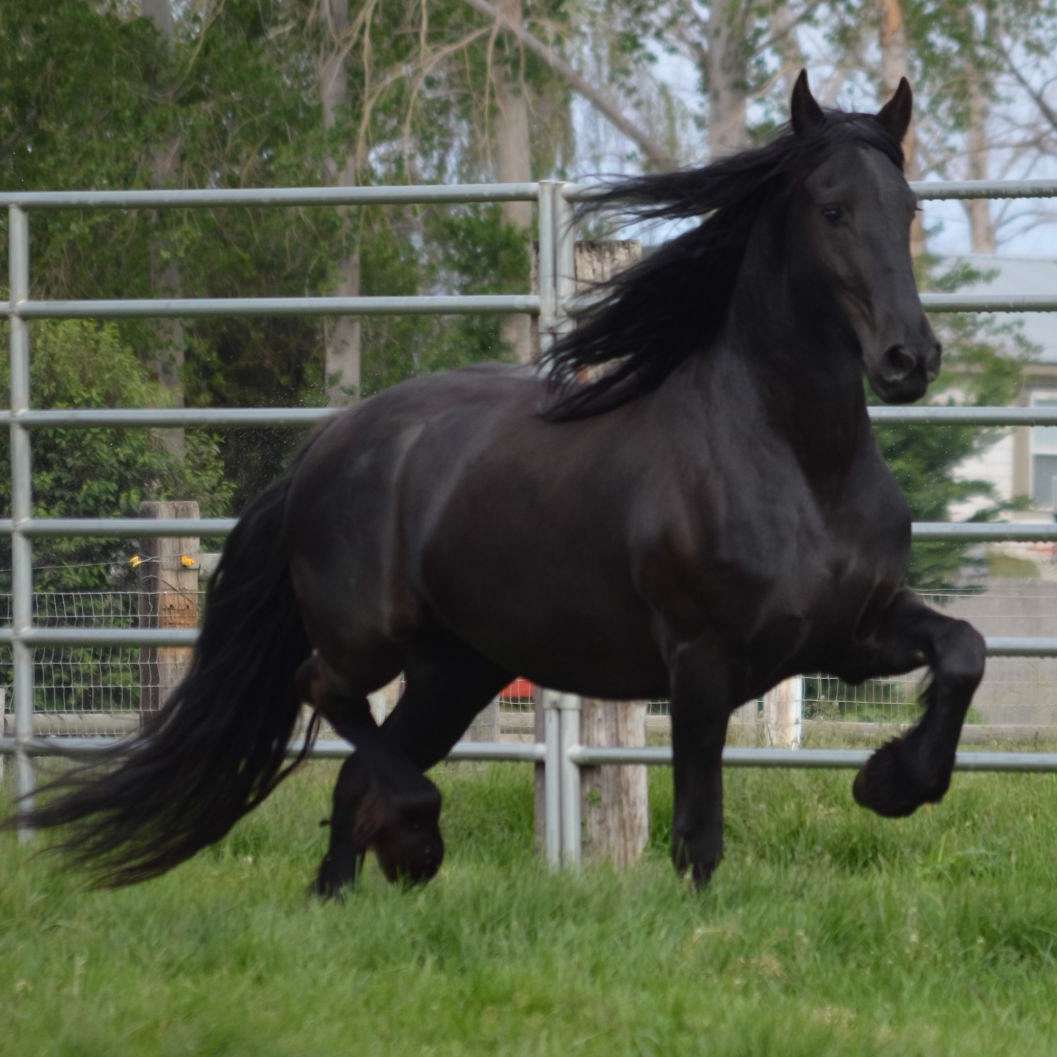