Performance Prospect Filly, Check Her Out

She is AVAILABLE!
Star Spangled Whiz (Topsail Whiz x Sheza Shady Slider by Shining Spark )
X
Ms Catalena Rooster ( Cocky Little Rooster x Catalena 498 by Lena My Way)
She will come like any other young respectable member of society unless otherwise noted or requested. Halters & leads, ties, picks up all 4 feet, and loads/unloads, the basics essentially. She is 5 panel clean via percentage.
Paternal side:
This filly comes from proven lineage through and through.... (read more) Her sire has an unbeatable record in reining in Europe along with his incredible amount of championships, NRHA earnings , and more! I mean Topsail Whiz is a household name NRHA money earner, NRHA Leading Sire 2 years in a row, his offspring range from World Champions to NRHA/NCHA/ NRCHA/ money earners as well as halter and performance point earners! Star Spangled Whiz’s dam is a daughter of the great Shining Spark! She herself out produced herself with her money earning get. Their abilities and talents range from money earning get to performance & get who went onto do big things! NRCHA, NRHA, NCHA, AQHA, and more! The extended pedigree also includes but not limited to; Leo, Gay Bar King, Hollywood Gold, King, Wimpy, Bar Money, and so many more influential horses that impacted the horses we have today!!
Maternal side
Cat herself was unshown due to an injury she received prior to us purchasing her. We did still make sure she was a respectable member of society she rides, worked cattle lightly, ties, loads, etc. Her sire (Cocky Little Rooster) is pretty well known for producing some wicked amazing horses he was a cutting horse but I don’t think they ever showed him if I remember correctly. Her dam has produced cutting , ranch, reining, mounted shooting, and a few other event horses that have done well. Gallo Del Cielo who is another household name NCHA money earner , NRCHA Million Dollar sire, sire of world champions,etc. Lena My Way AQHA ROM, earner of $22,000+ , NRHA Leading sire, son of Smart Little Lena, etc! The extended pedigree includes but also not limited to; Smart Little Lena, Docs Solano, Dry Doc, Doc O Lena, and so many more influential horses!
Located in Lawrenceburg, TN 38464

Proven show home is a must! She was not bred to be a pasture puff she’s gonna be a spectacular athlete! Payment plans accepted!
If she’s got a deposit before weaning you have the option to name her yourself! 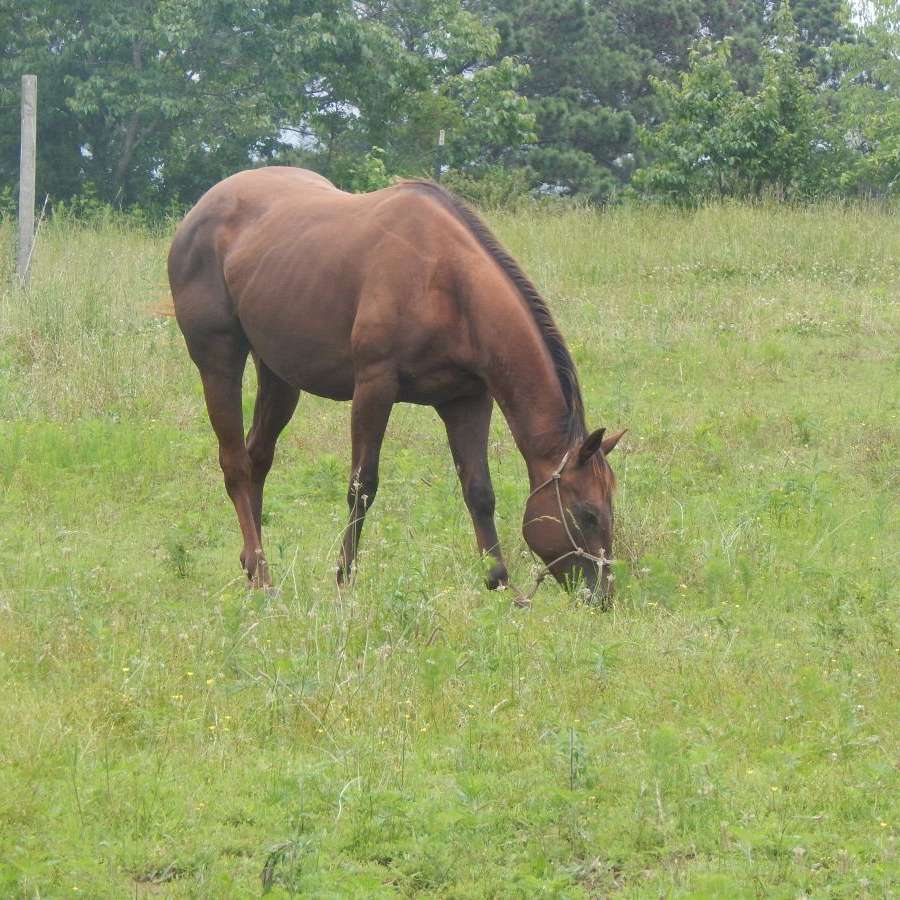 Lc’s Heritage Performance Horses, I was like any other girl growing up, I had a love for horses, but mine was more than just ‘a phase’. I was blessed enough to get a pony when I was starting out and from then on it started something we never imagined it would. My PawPaw (grandfather) on my mother’s side, had a talent with horses, and for me I was blessed to be the only one to receive that talent as well.... (read more) He had a true relationship with horses we all dream about. He had a remarkable undaunted talent with horses that was natural for him. He could take a rank untouchable horse, and come back riding it in a halter and lead rope, bareback a short time later. He eventually had to give that talent up to raise a family and choose to have a career as an electrician. By the time I arrived he was a retired hard-working man that tried educating me the best way he can with ‘the old ways’ with horse-keeping, because I had the same heart he did….with horses. While I still owned Trigger, I brought home my first AQHA horse ‘Lightning’ ( BAR DOC BONANZA ) and a pinto ‘LittleJoe’. Lightning was who was my new trusted riding mount, made me and also broke me as a rider. Joe, was an unstarted colt who was close to 2 years old, he was my first horse (that had a blank slate) that I started working with. He turned into my dad’s riding mount since I was still ‘too young’ to be the first rider so I just instructed dad on what to do (imagine that, a grown adult listening to a 8/9 year old on how to do something). I then received my first filly who was a pinto who I named “Belle’s Pride”, she was an untouched 2 year old filly who I did ALL handling and riding. My PawPaw was proud of me and what I had accomplished on my own, with my heart and my natural sense as my influence. I was blessed enough to have my PawPaw in my life for 12 and half years, he lived to be 85 years young. The weekend he died in May of 2011 was the weekend Belle conceived on her (and also my) first foal. She had her one day after his birthday on April 16, 2012 (also Lightning’s birthday). She unfortunately died 11 months and 4 days later due to an unknown complication, vet and I are still stumped until this day. So to me it was more than just losing a horse, I lost my first born foal and also the one that was near to my heart due to when she was conceived. Everything I’ve done has been on the farm he has passed down onto me, everything has meaning for me. From my barn to my pastures everything not only holds a memory but much more for me. I am able to have what I love at the very farm my PawPaw did too! He started something in my family I am forever grateful for...my passion and talent with horses! My PawPaw’s name you ask? Leo Charlie Hagan...His nickname was Speedy, but was also known as LC.. When coming up with the name it was hard for me to decide what would be the best memorable name for him. Then it hit me, this is in memory of him and it is also my HERITAGE…The reasons as to why I am, who I am. So I chose the word ‘Heritage’ then I chose something simple, what everyone knew him as….LC….Of course if you didn’t know the name LC Hagan you knew the name Speedy Hagan! Then as I was trying to design a brand, I unknowingly used his initials...LCH… That told me it was meant to be the name! He was able to pass down his true talent to me so the least I could do was name my ambition after him.