Neto is really cool horse in a plain brown wrapper. This 2012 gelding came to us by way of Beyond the Wire in Maryland. He retired from racing in 2016 after 19 starts and then was trained into a track pony. He has been working as a pony horse for four years but started having some issues with cellulitis that the vet thought would do better away from the track where he could get more turnout. Neto’s cellulitis cleared up pretty quickly with treatment after moving to our farm, though he developed cellulitis in the opposite leg after he sustained a small scrape in the field.... (read more) This has also resolved with treatment, though it seems his skin is quite sensitive.

Cellulitis aside, Neto is such a wonderful horse to work around. He’s incredibly sweet, kind, and so quiet. He loves everyone and is happy for and all attention sent his way. We started riding Neto and have had a few rides on him now, mid-March. He’s just doing walk/trot so far. As you’d expect of a track pony, he’s quiet and straightforward to ride, though he does need some education on how to use his body properly and regarding what to do with his head. He makes up for his lack of education by being incredibly willing.

We took him for his first trail ride the other day and he did very well. He has a quick walk, so enjoys marching along versus moseying. He’s happy to stand and watch the world go by when asked though. Just a lot of fun to work with. He’s not ready for beginners yet, but will be a very friendly little project for someone willing to help teach him how to use himself properly.

While he’s a very lovable, straightforward horse who we suspect will be worth his weight in gold, he does have a couple special considerations. He requires four shoes for now, and has had a history of cellulitis. He’s doing better and better but may remain quite sensitive to abrasions and scrapes other horses shrug off, so he’ll need an adopter willing to work with this if it comes up. He’s certainly worth it.

Neto is available for adoption to the right home for $1,000. 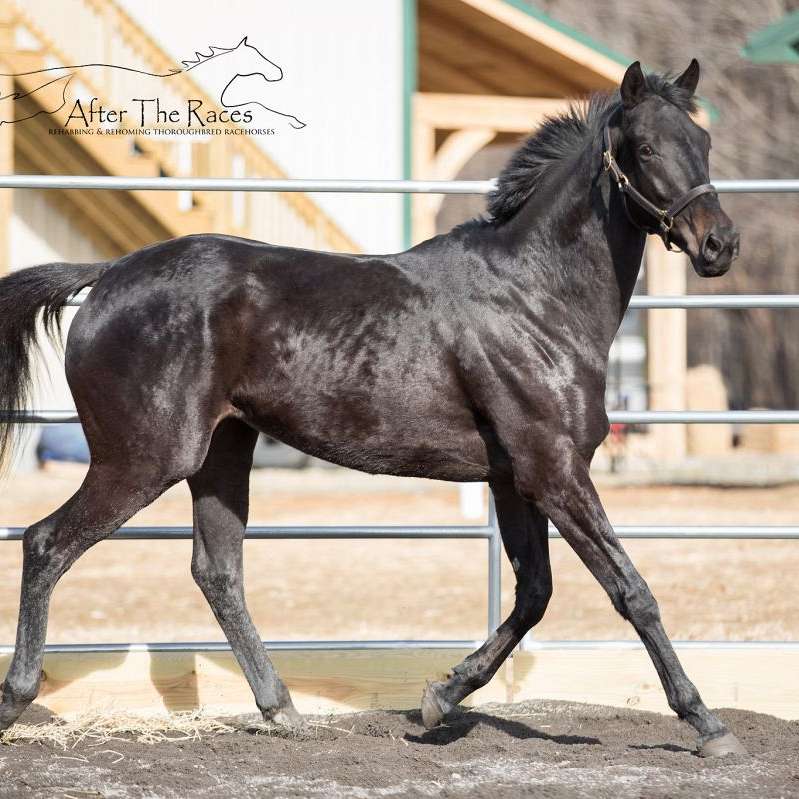 A rehabbing and rehoming facility for retired Thoroughbred race horses, here at After the Races we have several nice OTTBs in need of great homes. Adoption fees are low and these horses are capable of going on to any discipline. Right now we have horses who would make fantastic trail or lesson mounts as well as those who could go on to high level showing. Many great projects. Please consider adopting today!