Ghostdancer is a rare Kiger breed(the original Iberian Spanish horse DNA- the foundation horse for the QH and TB) and is Homogeneous for throwing Dun with primitive stripe markings to all his foals. He has two outstanding, elegantly gaited, and gorgeous fillies on the ground, pictured in this advert. His fillies - Easter(breed to an appaloosa/Andalusian mare) & Anapurna (bred to a mare -sporting Olympic jumper bloodlines of German Warmbloods and champion Irish-draft-sport horses).... (read more) Ghost throws large foals as his parents are tall. His two foals string test at 15.2hhs(appy dam) and 16.1hhs (WB dam).

He would cross well with eventing horses, jumpers, dressage, all Western sport.

His half-sister got awarded an honorary member of the elite German Warmblood Oldenburg registry, as the inspectors were so impressed with her feral strength, build, and movement. An amazing achievement and honor. She has produced a handful of eventing champions breed to English sport horses by Warmblood breeder Judy Yancey. Their shared sire, Kigers Cherokee Diamond is regarded by many to be the best of breed stallion of the Kigers and Spanish blood type.

Ghostdancer's half sister's bio on Judy Yancey's website: "CHEROKEE MORNING BREEZE" is a 2011 born dun factored mare; strong, powerful in her movement, and an excellent producer. The jury of the German Oldenburg Verband was so impressed with her type, quality of conformation, substance, and movement that they requested permission to put her in their Mare Book and register her foals. She has had 3 foals to date; 2 by Tailormade Temptation and one by Sezuan - all three have been awarded "Foal of Distinction" with the Oldenburg Verband, and the oldest 2 are proving themselves under saddle"

Ghostdancer is registered with the Kiger horse registry. Kiger horses are rare and bionic horses, as per their high athletic ability. Kiger studs have been recently been imported to Sweden, Germany, and New Zealand for their old Spanish (extinct in other breeds) bloodlines and athletic power.

Ghost is not broke to ride, but certainly can be. There is not a mean bone in his body.

He is 16 years old. Kiger's have a long lifespan of 35 to 40 years in captivity. He is kind, highly intelligent, and has much charisma and huge athletic talent. “Get those feral genes before they go extinct!” His breeder commented to me.

*Selling as I am attending a demanding graduate school and have no time to set up more breedings for him. Further, I have already produced the offspring from him that I wanted for my own sport horse foal prospects. 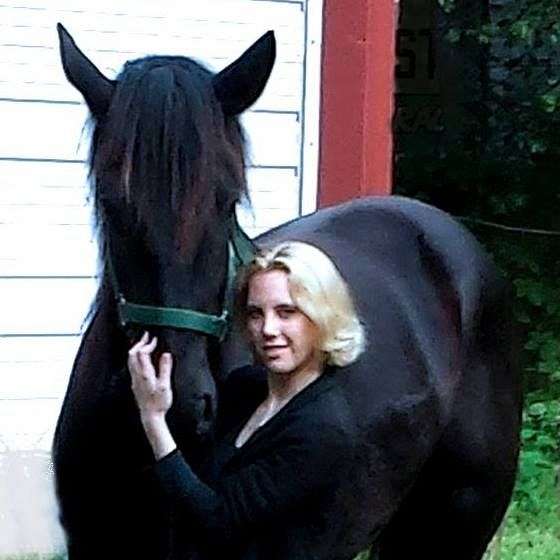 High end Warmblood and Friesian horses. We are located in a beach town outside of Chicago. Alexis Faith, owner, was raised in Manhattan, NYC and showed in the east coast circuits. She is a Mental health Therapist who has a passion for breeding superior show horses.