Inge is a 10 yr old full papered provisional crown mare, SHe stands 16.1 HH
At the 2017 keuring she was champion of the day.
Inge is a very promising dressage mare, has a friendly quiet character, a noble expressive head, nice supple movement and almost perfect confirmation.
Inge is a modern dressage type of Friesian, but she is also used for driving and competed at driving CDEs. By the end of the summer she got more training under the saddle towards the IBOP riding test.... (read more) With a little more dressage training she could have accomplished the 77 points. With only one month of serious riding she received 74 points at the keuring in Red Deer, AB. At the same keuring she received 1st premium and became Provisional Crown, Champion of the Mares, and Day Champion in 2017.
She has been used on trails as well as in show, riding and driving.
So far she has not been able to get pregnant yet.
She is located in Ponoka AB $22000 CND plus tax or $16800 USD
Liberty: Watch Youtube Video
riding: Watch Youtube Video
driving: Watch Youtube Video 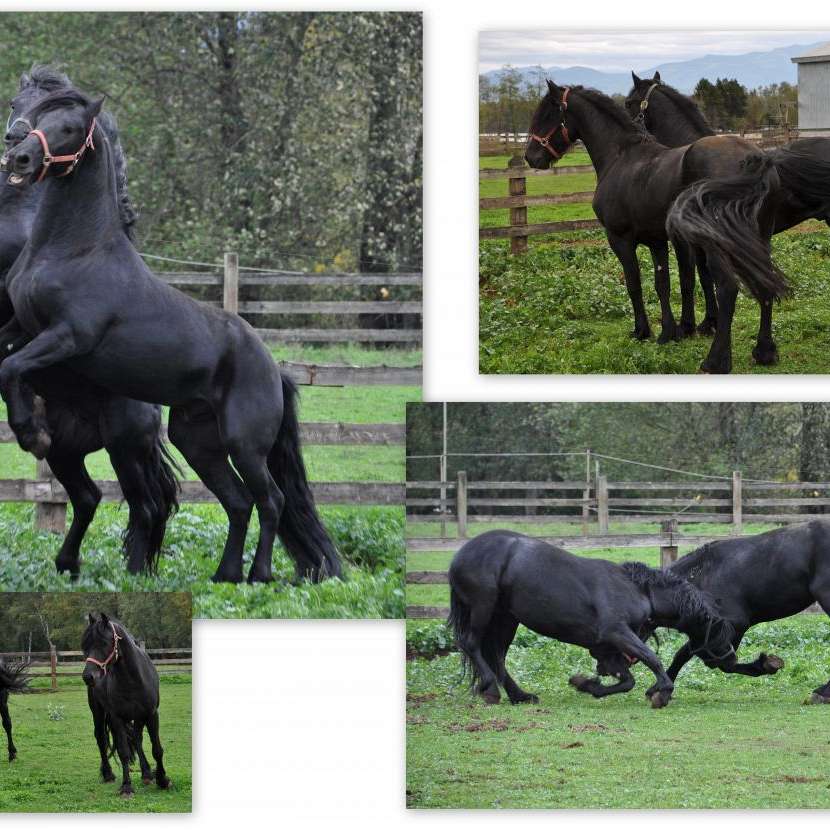 I am a horse trainer specialized in Friesians. Have worked with most breeders in BC, so I know where to find the right friesian for you.