Super sweet guy, loves to be loved on.... This guy is one good looking, stallion prospect. He should mature at least 15 hands tall and 1250 #. His sire is a son of multiple world champion/multiple world champion sire: Ris Key Business. His dam is a daughter of Hall Of Fame inductee: QT Poco Streke.

QT Poco Streke - hall of fame inductee - earned the NRHA Bronze Trophy, the APHA World Championship Reserve Reining Stakes, Winner of the the World Wide Paint Horse Congress, High Point OCAP Horse, (all through NRHA competition).... (read more) He was NRHA Open Champion, and twice NRHA LO Champion. He has earned his ROM in reining (18 pts) at two shows. QT was high point midwest open & limited open reining horse. He is the sire of over 500 paint foals, and the sire of 4 top ten APHA World Show 3 Year Old Reining Futurity Finalists and a top ten 3 year old cutting finalist. His get have earned over 2,400 points in halter, western pleasure, steer stopping, calf roping, heading, heeling, reining, amateur reining, working cow horse, and working ranch horse. They have won money in weanling halter futurities,(including the solid gold), longe line futurities, NRHA Open and amateur reining, and NRHA reining futurities. QT’s offspring to date have won over $27,000, in all divisions of the NRHA. QT is the sire of 70 ROM’s, 14 Superiors, and 3 World Champions. He has been the leading sire of the paint reiners for the past 5 years. QT is also the sire of the NRHA Reserve World Champion in 2003. In 2004, QT was the sire of the 4 top ten horses, 1 of which was #1 in 3 different events

Ris Key Business is a 1984 APHA black/tobiano stallion by Cheyenne Moon Bar and out of Happiness Is. 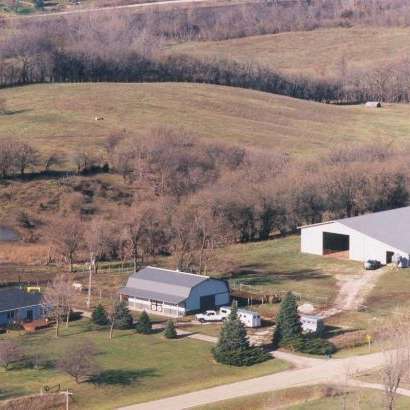