Ds Heaven N Go, aka Gidget, is a stunning grulla APHA SPB filly out of APHA mare, Sierras Go Go Girl, and AQHA stallion, Ds Im Heaven Sent. Gidget has Dash for Cash on sire and dam’s side. Her grand dam, Sheza All Night High, was an Oklahoma Accredited Racehorse. Her great grand sire is All Night High (SI-105). He was the #9 Barrel and futurity sire in 2002 and sire of the top barrel futurity winner in 2002. Gidget also has On A High in his pedigree.... (read more) On A High(SI-113), was the 1983 All American Futurity World Champion. He had foals with over 9 million in earnings in 2008, and was #14 in Broodmare sires in 2010 with over 16 million in earnings. On Gidget’s sires side, he has Skirt Chasing Alibi(SI-108), Sir Alibi(SI-104). Sir Alibi sired 221 winners with over 4 million in earners. Sir Alibi was sired by Streakin Six(SI-104). Streakin Six was a leading sire of money earners in excess of 15 million. This filly was bred to run and should make someone an awesome barrel prospect. Her dam would be in the world shows by now if not for an injury that ended her training. Gidget is Homozygous Black and 6 panel negative via parentage. She will be halter broke, leading, and have lots of handling before going to her new home. Please email for more info 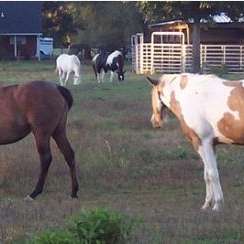