2019 Grand National Champion FULL Sibling Heroico EAS ANCCE Inscribed PRE Grey Andalusian colt With Gold Medal Movement Champion Parents by our 2x GOLD MEDAL MOVEMENT CHAMPION, Best Movement Champion and Spanish Halter Champion, KAMIKAI. He is sired by Kamiakin (Kianto x Rafaga Jim, imported from Hacienda Santa Lucia and a granddaughter of the legendary movement and functionality champion Albero II) , who represented the United States at the 2014 Altec World Equestrian Games in Normandy, France.... (read more) Kamikai's dam, Gabacha AK (Competidor XIII x Teresa II, Competidor's sire, Tamarindo IV and Dam, Aguadora VII have each produced QUALIFIED offspring.... (read more) Teresa II is sired by Temerario V, 2x U.S. National Champion) Gabacha is, herself, a gold medal movement champion. This filly is out of Dominanta L, a daughter of Dominante XXIX. Dominante XXIX was imported and qualified in Spain, Dominante XXIX is a superior Andalusian, who is currently competing in upper level dressage in the U.... (read more) S. Bred by Yeguada Mazzara, near Barcelona. He is Escalera bred having the noteworthy Lebrijano III (sire of Spanish Olympic Stallion, Invasor and Grandsire of Fuego de Cardenas of the 2012 Spanish Olympic Team). Dominante's show awards include Best Movement titles as well as the prestigious "Campeon de la Raza" at the 2005 Celebration show. Now primarily a dressage competitor, Dominante has successfully competed through Prix St. Georges. Not enough can be said about Domianante...he is in a class of his own and his offspring have proven to be superior. Baronesa, Dominanta's dam is from the renowned Gremlan Farms ranch in California. Having Navarre GF in her line, he produces size and color in his offspring! Probably one of the most influential stallions born in the US, this 16.2, jet black stallion has been the US National Champion Stallion winner and has had numerous best movement awards! She is a big mare at 16.2 hh and very much the sport horse type for dressage. She has big bone and a sweet and willing disposition with a solid mind. Perfect for the dressage ring! Dominanta has produced some of my very best babies. Her 2015 Filly, Dominica EAS is unfeated Spanish Halter Champion, Dressage Sporthorse Champion and Gold Medal Movement Champion.

Shipping is the responsibility of the buyer. We use preferred shippers, ask me for details. 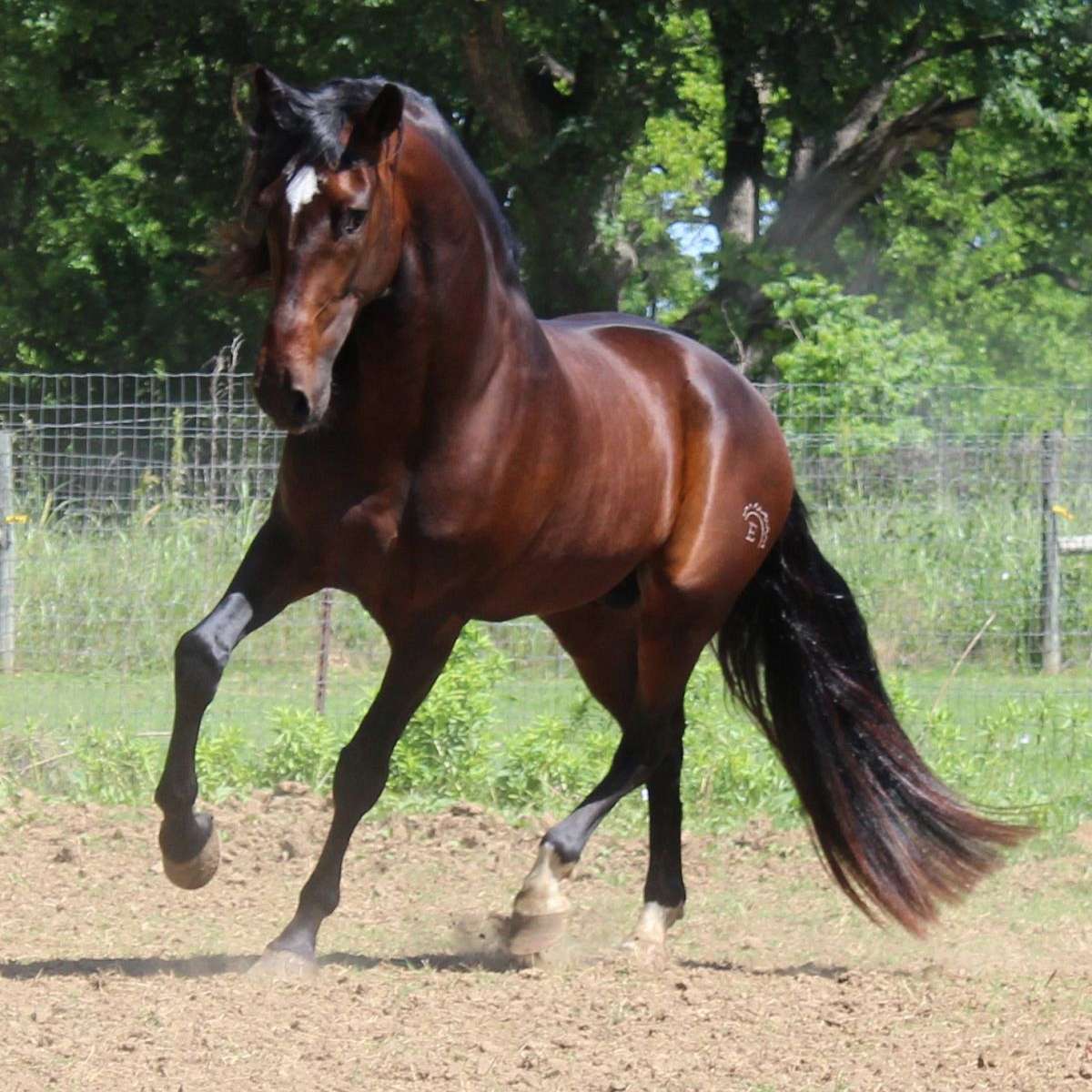