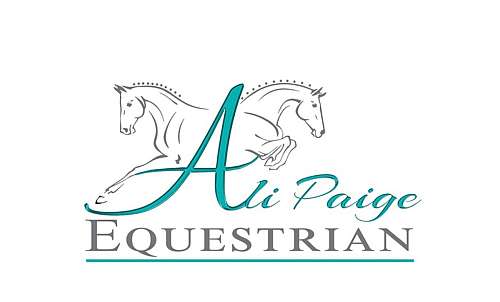 An Arizona native, Ali, grew up on the back of a horse. On a small ranch in Cave Creek, her family raised horses and cattle. She started her riding career in a western saddle but quickly took up English riding lessons.

Ali attended Etoile International Equestrian Academy in Germany, one of the most prestigious riding schools in Europe. She has trained with, worked for and alongside, some of the most accomplished equestrians in the world.... (read more) Ali has experience breeding, raising and training horses of multiple disciplines. With a background in both western and English riding, she has also trained riders of all experience levels and ages. Specializing in raising and training young horses, Ali, has successfully worked with horses from, starting colts to putting finishing touches on dressage horses.

Competing in the equestrian sport since 1998, Ali began her national show career at the age of 13. She continued competing as an advanced young rider placing in the top every year. Starting to compete internationally at 16, her professional career began at the age of 18. Ali has successfully competed in many equestrian disciplines including; dressage, show jumping, hunter over fences, hunter flat classes, equitation, western pleasure, reining, working cow horse, halter, showmanship and roping. She has won numerous championships in multiple arenas, including FEI level classes and titles. Ali has achieved her dressage Silver Medal and Gold Medal.

Trail Access
Los Cedros offers 33 acres of impeccably manicured grounds including groomed trails. Just across the street you may also access miles of trails in the Sonoran Preserve.